Sepsis is a rapid evolving acute disease with high risk of deterioration and death if not identified and both rapidly and adequately treated. Severe sepsis and septic shock are major healthcare problems, affecting millions of people around the world each year, killing one in four (and often more), and increasing in incidence. Although international literature shows that compliance to the Surviving Sepsis Campaign (SSC) recommendations improves survival, there is no widespread appliance of this optimal standard of care, especially in Italy. Our aim is to assess Italian Emergency physician knowledge and agreement with SSC recommendations. This is part of a project to develop a national policy to improve diagnosis and treatment of sepsis in Emergency Medicine. A modified Delphi method was used to analyse the opinions on 38 statements. The survey was sent to 78 Italian Emergency physicians, 54 of which answered (69%). 29 out of 38 statements were universally accepted, 9 statements didn’t reach the adequate scoring to be accepted.

Sepsis is a rapidly evolving acute disease with high risk of deterioration and death if not identified and both rapidly and adequately treated. The worldwide epidemiology of sepsis was recently estimated in a 2016 review, suggesting a global number of more than 31 million sepsis cases and 5 million deaths from sepsis merely in the hospital setting . Mortality rate in Italy appear to be as high as 40% .Overall incidence of sepsis in western countries seems to be increasing over years, with absolute mortality growing . As the incidence is increasing, sepsis burden will pose a challenge to our Health Care System.
The optimal treatment of septic patients is still under debate. In 2001, Rivers showed that an Early Goal Directed Therapy (EGDT) was associated with improved survival and this approach was included in the 2012 Surviving Sepsis Campaign recommended bundles . In later years several studies questioned the EGDT approach, and recent studies, namely the Protocolized Care for Early Septic Shock (ProCESS) , Protocolized Management in Sepsis (ProMISE) , and Australasian Resuscitation in Sepsis Evaluation (ARISE) trials, as well as PRISM, which was the patient-level meta-analysis of those three trials, failed to confirm the survival advantage of protocolized targets for central venous pressure, Scvo2, and haemoglobin in sepsis resuscitation.
In 2016 a new sepsis definition was published: sepsis is now defined as life-threatening organ dysfunction caused by a dysregulated host response to infection, qSOFA is proposed for early recognition, while the SOFA score has a diagnostic role. This new definition raised a lot of discussion and controversy on sensitivity and specificity of new criteria compared to previous criteria (SIRS criteria). Furthermore, the new Surviving Sepsis Campaign guidelines abandoned strict EGDS protocols, recommending less rigid resuscitation protocols guided by clinical judgment. It became clear that rapid identification and management protocols in ED and both rapid and adequate antibiotic therapy are the fundamental measures that influence outcome and mortality in sepsis.
In Italy, despite high scientific evidence and international and regional campaigns on sepsis , optimal standards of treatment are not widespread. This is due to various causes, including the difficulty of early identification of septic patients, the complexity of treatment protocols and the lack of physicians awareness of sepsis as a time-critical disease.
Since 2015 SIMEU has been promoting an educational project on sepsis that includes a Basic Course and an Advanced Course on management of septic patients. The urgent need of a project to guide our National Health Care System toward successful approaches for timely diagnosis and management of sepsis emerged from this experience.
2016 SSC guidelines are actually considered the cornerstone of treatment. Unfortunately many SSC recommendation are supported by weak scientific evidence, and are based mainly on expert opinions which could be strongly influenced by local environmental and logistic factors.
Italian Emergency Departments organization differ from those of many other western countries, and the applicability of recommendations could be strongly influenced by local factors. Thus, a specific scientific commission was established to evaluate the consensus degree and applicability of international recommendations to the specific Italian context.
In a further phase, different teams of experts will evaluate the results of this work to issue final recommendations. 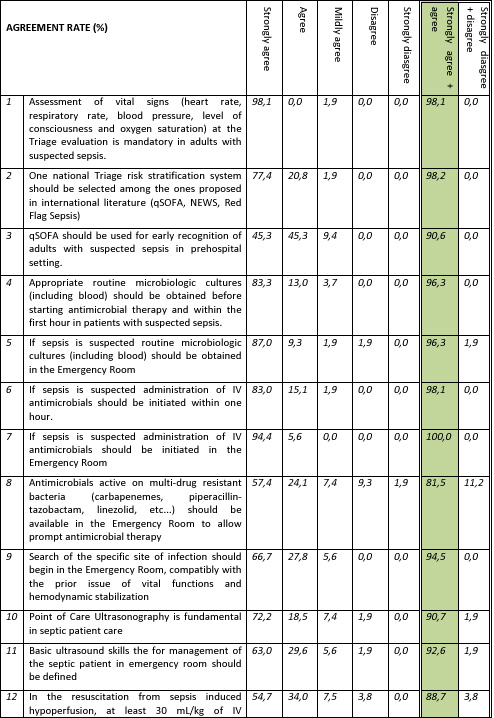 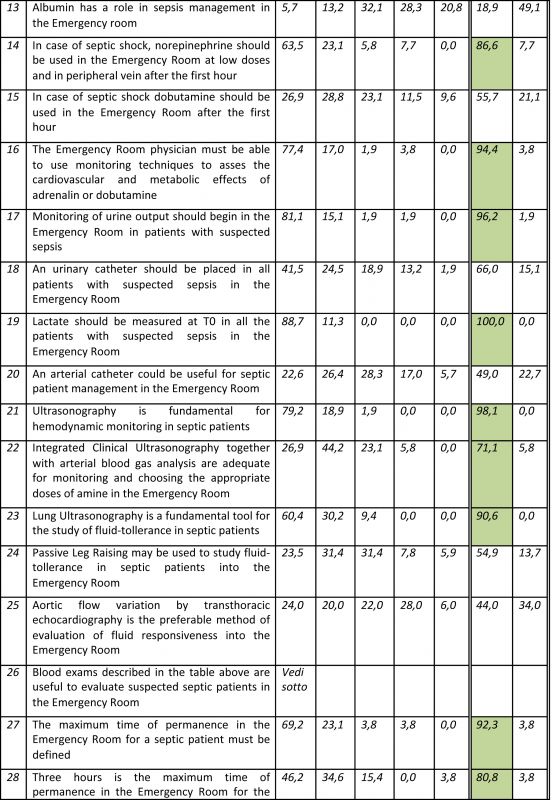 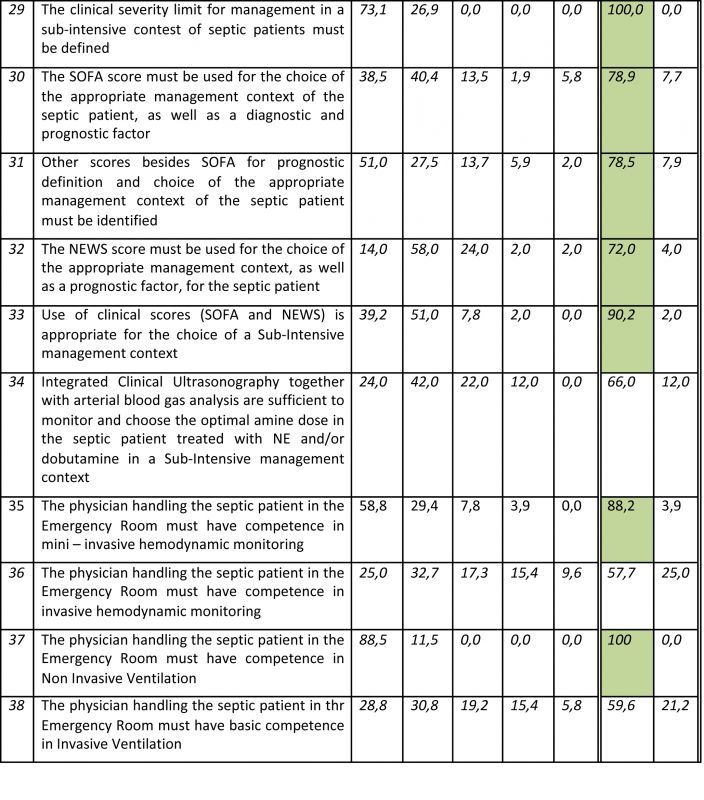 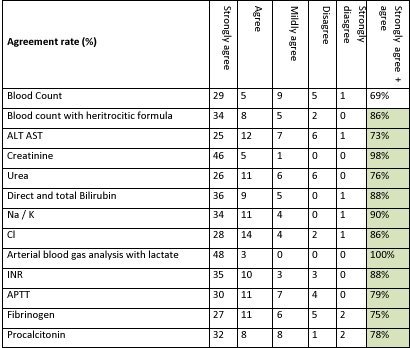 Table 2. Agreement rate (%) for blood tests to be done in Emergency Room 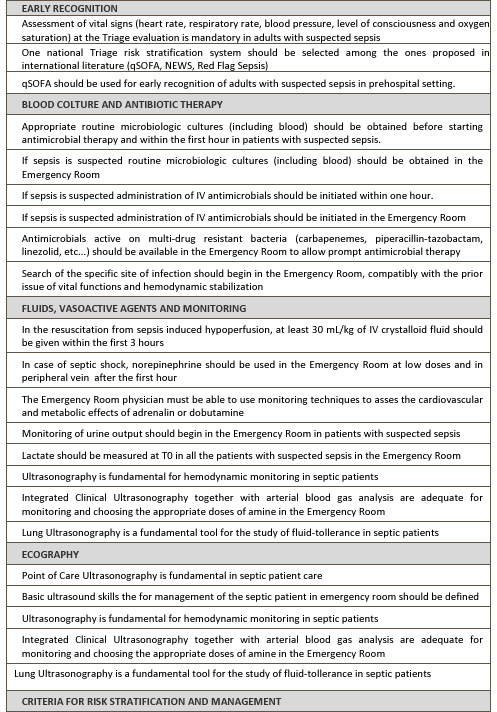 Table 4. Statements not accepted or refused

Despite many years have passed since the first edition of the SSC guidelines, optimal standards of treatment are still not widespread in Italy. Guideline recommendations are often not applied because considered either not important or too difficult. Clinical recommendation, to be used in the daily clinical practice, should be not only based on scientific evidence, but even reasonably applicable in the specific context. Furthermore direct expert involvement in behavioural change indications is extremely important.
We decided to include in the present work a relevant number of experts from different national areas, with the purpose of verifying the experts degree of agreement with international recommendations on sepsis, and the applicability of those recommendations in the Italian Emergency Medicine setting. Even though not all the answers were provided, the participation to the study of 58 experts from different Italian regions is particularly relevant, especially if we consider the high concordance level reached on most of the items.
Our results will be of extreme importance to guide the next phases of work of the Italian Consensus Conference on management of sepsis and septic shock in Emergency Department, foreseeing the elaboration of recommendations for identification and management of sepsis in the Italian Emergency Departments.