Malaria: an uncommon presentation in a traveler visiting friends and relatives 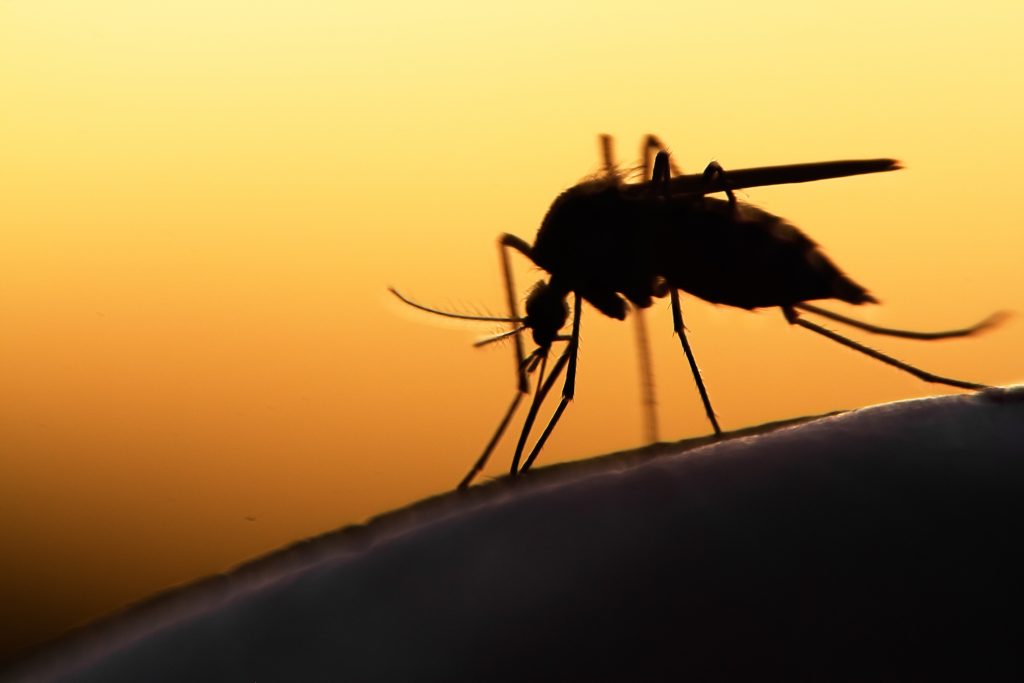 Malaria represents a medical emergency, because without prompt recognition and appropriate treatment it may rapidly progress to complications and death. The global burden of disease is high with 445.000 deaths and more than 200 million cases reported worldwide in 2016. Immigrants visiting friends and relatives (VFRs) constitute the most significant group of travelers for malaria importation. There is therefore an urgent need to increase the awareness among emergency physicians about malaria in this group of travelers. Here we describe an unusual presentation of malaria in a patient VFRs, which could have caused a very serious illness.

Malaria is a vector-borne parasitic tropical disease found in 91 countries worldwide. According to the World Health Organization (WHO), the total number of cases in 2016 was estimated  around 216 million, with about 445.000 deaths. 80% of the global burden of this disease is supported by countries located in sub-Saharan Africa1. Even though the total number of malaria imported cases in Italy has been declining since 2000, it still represents the most frequent notifiable imported disease. About 600cases of malaria per year are reported in Italy over the past 10 years, based on the data of the Istituto Superiore di Sanità2. There is in particular a growing number of cases of malaria among immigrants, especially Africans, who have been living in Italy for a long time and who return to their country of origin to visit family and friends (VFRs= Visiting Friends and Relatives)3. Malaria in VFRs is due to the progressive loss of specific immunity. Unlike tourists, VFRs generally ignore the risks of contracting malaria again, in the absence of immunity. Malaria is caused byprotozoal parasites of the genus Plasmodium, 80% of cases in Italy are due to Plasmodium falciparum (Pf)2. Although uncomplicated malaria is rarely fatal, European case fatality rates for Pf malaria are around 1%4.Clinical presentation is characterized by headache, asthenia, myalgia, abdominal pain, nausea, vomiting and pruritus. Fever (usually high) does not present at first the classic periodicity, while the patient can be paucisymptomatic, and even apyretic at the time of evaluation. The most frequent laboratory findings are haemolitic anemia, thrombocytopenia and an increase of transaminases. Microscopic examination of stained thin and thick blood films is the golden standard for malaria diagnosis. New technologies provide additional diagnostic option, which can be compared to more traditional methods, although with some limits in sensitivity. RDTs (rapid diagnostic tests) such as ICT (Immuno Chromatographic Test) are based on the detection of specific Plasmodium antigens in pheripheral blood; QBC (Quantitative Buffy Coat) is a qualitative test based on direct observation, under a fluorescence miscroscope, of the parasites in centrifuged blood of the capillaries. Parasite nucleic acid detection using polymerase chain reaction (PCR) is more sensitive and specific than microscopy but can be performed only in reference laboratories. Serologic tests can be used to assess past malaria experience but not current infection5. Given the global spread of Pf resistant to chloroquine, artemisin-based combination treatments (ACTs) are recommended for the treatment of falciparum malaria or falciparum mixed with non -falciparum species, except in the first trimester of pregnancy6.

A 48-year old African male presented to our Emergency Department with intermittent fever (up to 38.5°C)and mental confusion. Since the previous week, he had persistent headache, cough and pollakiuria, with some episodes of urinary incontinence and nocturia. For this problem, he had just performed a urine exam and an urinoculture, which didn’t show any signs of infection. The patient’s sister reported that he had been living in Italy for 18 years and  recently completed a trip of about one month in Ghana, to meet his family. Since his  return to Italy, he appeared confused and often manifested inappropriate behavior. His medical history was unremarkable; he did not take any medication. He presented with elevated blood pressure 180/100 mmHg, heart rate of 100 bpm, respiratory rate of 20 breath/min, body temperature of 38.5°C. He was awake and responsive, but confused. He was able to perform simple orders but with difficulty and appeared globally slowed in his movements. The neurological examination was, moreover, within the limits. He didn’t show meningeal sings, strength or sensitivity deficits. The physical examination of thorax and abdomen did not show any pathological sign. Laboratory exams showed: normochromic normocytic anemia (haemoglobin 9.9 g/dl), normal WBC and formula, slight increase in C reactive protein (PCR 22 mg/l) and procalcitonin (PCT 1.2 μg/l), hyponatremia and hypochloremia (Na 128 mmol/l, Cl 96 mmol/l), a mild increase of creatinine (1.22 mg/dl), INR (1.21), total bilirubin (1.6 mg/dl) and LDH (274 U/L), normal transaminases and glycemia. He performed a TC scan which proved no acute brain injury; it showed however a hypodense lesion in the frontal right lobe, suggesting previous ischemic damage. Abdominal ultrasound resulted non-pathologic, as well as chest x-rays. In order to rule out encephalitis he underwent lumbar puncture, which resulted normal. Cerebrospinal fluid PCR for common neurotropic viruses resulted negative. We collected blood cultures and urine cultures, which resulted negative too. An RDT-ICT for malaria was then performed, in view of the recent trip to Ghana, in an endemic area, the test resulted positive for Pf. The patient was admitted  to the local department of Tropical Diseases where he performed a QBC (Quantitative Buffy Coat) which confirmed positivity for Pf and a hemoscopy, which documented 201 Pf trophozoites on 200 wbc, corresponding to a parasitaemia of 0.2%. Therefore, he started therapy with oral dihydroartemisinin–piperaquine (4 mg/kg dihydroartemisinin and 18 mg/kg piperaquine, once daily for 3 days). Despite negative parasite research on stools and urines, serology for anti-schistosoma antibodies resulted positive, so he was treated for schistosomiasis with praziquantel (40 mg/Kg for 3 days). Initially after hospitalization, the patient appeared confused and disoriented; he made some self-injurious attempts, requiring a close monitoring period to prevent self harm. He performed then a brain MRI that showed multiple hyperintense foci, in T2 and FLAIR, within peri and supraventricular white matter and in the brain stem, consistent with a vasculo-jalinotic cerebropathy. The EEG was unremarkable. After therapy, there was a noticeable improvement in clinical and neurological conditions, together with the decline and negativization of parasitaemia. We mutually found a constant rise in blood pressure levels, often above 200/100 mmHg, consequently he carried out the tests to exclude secondary hypertension, which resulted non-conclusive. The echocardiogram showed signs of hypertensive cardiomyopathy with diastolic dysfunction, the fundus exam evidenced a II grade hypertensive retinopathy and signs of previous chorioretinitis, microalbuminuria emerged at the urine exam. In view of those indirect signs of organ damage, he started antihypertensive therapy reaching a good control of blood pressure levels at discharge.

We described a case of a Pf malaria, which could result in severe disease, considering the misleading clinical picture at the onset that could delay the diagnosis. The occurrence of neurological symptoms especially headache and mental confusion, the lack of periodic fever, thrombocytopenia and severe hemolysis could mislead the diagnostic pathway. At first we ruled out sepsis and encephalitis then, since a recent trip to sub-Saharan Africa was reported, we took into account the possibility of malaria, which was confirmed by RDTs and blood film microscopy. Neurological complications are common in Pf malaria, among these, cerebral malaria is the most severe and it is associated with neurocognitive sequelae. Subtle deficits such as cognitive impairments are often undetected, and few data are available on their incidence and on therapeutic options to prevent brain damage7. Our patient didn’t match the criteria for cerebral malaria nevertheless, from a practical standpoint, any alteration of mental status in course of malaria should be treated as cerebral malaria8. Because  of what emerged then, we can suppose that neurological manifestations were consequent to the infection and favored by the underlying chronic vascular cerebropathy due to undiagnosed arterial hypertension. The emergency physician is often the first to approach the patient with suspected malaria. In order not to miss the diagnosis, it is crucial to think of malaria when there is history of a recent trip abroad in a potentially endemic area. He must carefully gather information about the travel history of the patient, especially in case of VFRs who often don’t spontaneously report about trips made and don’t perform a regular prophylaxis. He must be aware that malaria doesn’t always present with a classical clinical pattern and that chemoprophylaxis doesn’t exclude it even with full therapy adherence. When malaria is suspected, it is mandatory to obtain immediate blood films for microscopy or blood specimens for RDTs. ICT dipstick offer the possibility of a rapid, non-microscopic method for malaria diagnosis 9. It is easy to perform and require little training to interpret the results, its sensitivity however remains a problem (it can detect with confidence parasite densities > 100 parasites/μl), therefore a negative RDT cannot at present be accepted at face value and will need to be confirmed by microscopic examination 5,10. UK guidelines recommend that all patients with Pf malaria should be admitted to hospital for at least the first 24 hours, including those who do not initially meet the criteria for severe disease, the reason is the risk of deterioration even after effective treatment has been initiated 10. The diffusion in our realities, of pathologies once considered confined to the tropical area, must lead the emergency physician to align their knowledge in this field, particularly in a period of travels and migrations.