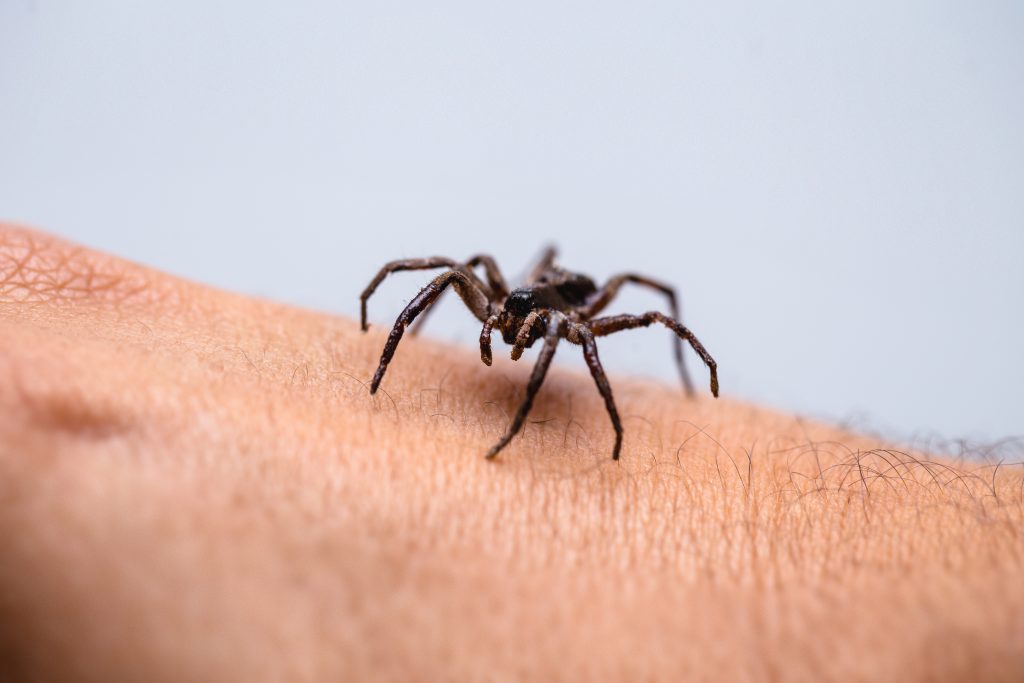 In the first issue of ITJEM 2019 an interesting review was published on spider bites in Italy and Europe.Recently Lars Grimm (Duke University Medical Center of Durham) published on Medscape a work concerning the population of spiders mainly in the USA and Australia. Hence the idea of commenting on the two works and comparing them. As well expressed in both articles, spider bites are not very frequent and rarely fatal events, which occur mainly in rural rather than urban environments due to the environmental characteristics preferred by the arachnids themselves.Worldwide, the case of spider bites is poor, highlighting the fact that spiders are not aggressive animals and prefer to run and hide rather than attack humans. In Italy, as in Europe, there are very few species of spiders that are potentially dangerous compared to the rest of the world, probably due to the greater urbanization and the different climatic conditions.The most frequent harmful action mechanisms of the spider venom are: the cytotoxic and haemolytic lesion of the membrane (yellow-sack spider), the necrotizing action on the tissues (violin spider) and the neurotoxic effect (malmignatta). The clinical consequences of spider bites are unpredictable and their severity depends mainly on the underlying clinical conditions of the patients and their possible fragility. The rarity of these events means that the health staff of most hospitals, both in Europe and in the USA and Australia, turn to experts in the field for the recognition of the species responsible for the bite, so that a more targeted treatment can be carried out. In non-European countries, the number of spider species is higher, and the consequences of their bite sometimes cause more serious effects, which sometimes makes it necessary to administer an antidote. The treatment of the spider bite is therefore the generalized treatment of the symptoms and only sometimes requires intensivistic or even surgical intervention it. It is evident that the diagnosis of spider bite is always very challenging, considering that there are no laboratory tests properly created for this purpose; in fact, it often remains intuitive according to the clinical history and clinical consequences of the lesions, except in cases where the arachnid itself is caught.Although the cases are still small, fatal and disabling injuries are more frequent in the United States than in Europe, but fortunately they are still rare. As already pointed out in 1/2019 of ITJEM, some native species in Europe have been transported to the USA in suitcases by unsuspecting travellers or through the transport of goods and this has meant that European species have adapted to live in a new environment genetically. It is therefore good not to underestimate this still little known problem and to make sure that there is more information both at the health level and for those travelling to unknown countries. We conclude with the well expressed consideration from Grimm that the risk of contracting a potentially dangerous bite does not justify the tendency to hold poisonous spiders like domestic animals, referring to the habit, especially in the USA, to keep tarantulas at home as pets.