*Full Professor of Internal Medicine, Department of Translational and Precision Medicine (Sapienza University of Rome) and President of the Permanent Conference of Deans of the Faculties of Medicine and Surgery. 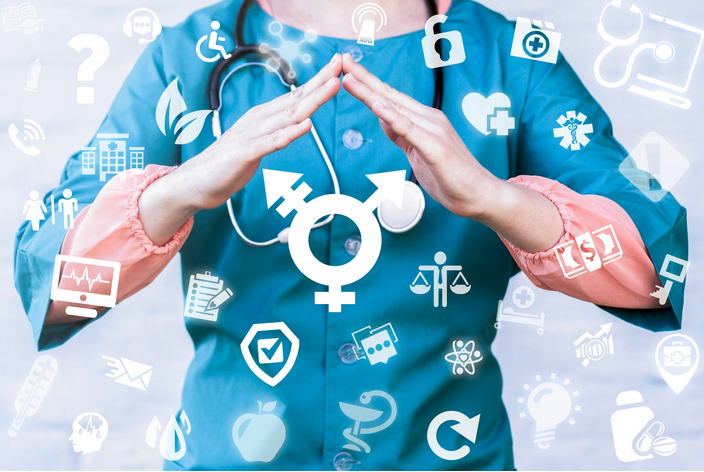 Amongst the innovations introduced in Medicine during the recent years, Gender Medicine is now universally recognized as an essential branch of knowledge and considered today a strategic goal for the preservation of health, by tailoring knowledge related to those variables (biological, environmental and socio-cultural) that characterize gender differences. It is an extension of the concept that the child is not just a small adult and the elderly people have their own typicals; so in the same way, the dimension of woman and her illnesses, are not the same of man.
With this background a specific education was born, also in Medicine and Surgery degree courses, new research has been conducted (i.e. just type “gender medicine” on PubMed), new dedicated assistance services are being created in order to reassess the issue of inequalities in the Social-Health Field. We therefore asked ourselves if and how much our Emergency-Urgency field could contribute to this knowledge, so we deepen the theme with Prof. Stefania Basili*, author of numerous pioneering studies, who promoted the diffusion of the culture in this sector.

1. Gender Medicine is rewriting medicine texts. Why do we feel this need and why now?

Gender Medicine studies the interplay of Sex and Gender-related variables in determining health, well-being and the physio-pathological development of diseases. The terms “sex” and “gender” identifies two different entities: “sex” is a biological definition, defined by the “genetic makeup” of the individual, and includes cellular and molecular differences between males and females. With “gender” we refer to the complex set of social, behavioural, environmental, and cultural factors that characterize each individual and contribute to health status and to the so-called “gender role”.
While defining and studying sex is relatively easy, very few standardized and validated tools exist for the definition of gender dimensions, and this currently represent one of the most animated field of study and research in gender medicine.
Nevertheless, both sex and gender play an important role in influencing the development, prognosis and response to treatment of several diseases; this is one of the main reasons for the growing interest in gender medicine.
For too long we have considered and treated female patients according to evidences resulting from research on their male counterparts­­­; however, in the last decades an overwhelming amount of evidence reported sex disparities in diagnosis, treatment, adherence to guidelines and outcomes of several diseases; also, the systematic underrepresentation of females in clinical trials has negatively impacted our ability to effectively translate results of research studies to women. This led several international agencies and association, including FDA and the American Heart Association, to promote and support activities and research aimed at improving women’s health, consistently with the increasing urge of improve our knowledge in gender medicine.

2. Are there any priority areas where this redefinition acquires a cultural value, previously ignored?

As previously said, the underrepresentation of women in clinical research and randomized controlled trials has limited our ability to offer equal and effective diagnosis, prognosis and treatment to our female patients; as clinicians and researchers, we have to make a “cultural shift”, beginning to consider and treat our patients in a sex-sensitive way, and promoting equal representation of women in clinical studies.
Moreover, for several decades we neglected those gender-related variables which deeply affect health determination and disease outcomes, e.g. therapeutic adherence, socio-economical and educational level, marital status and the burden of social support/caregiving, which often unequally weigh on males and females. All these gender-related variables should be considered when approaching to our patients and in the development of public health intervention and prevention initiatives, in which the implementation of a sex and gender-sensitive strategies would represent one high-yielding improvement.

Cardiovascular disease is one of the most explored topics in gender medicine, and several differences has been already outlined. Acute Coronary Syndrome represent a classical example: women tend to present a delayed onset of the disease, but they are heavily affected by ischemic heart disease when this develops. Also, several pathophysiological differences exist: for example, normal levels of serum troponin concentrations are different in men and women, thus possibly affect reliability and discrimination power of high-sensitivity troponin in the diagnosis of acute coronary syndrome; moreover, while men systematically present with the classical model of large-vessel coronary artery disease, females more frequently show microvascular disease, which was recently defined according to two new entities: ischemia with nonobstructive coronary arteries (INOCA) and myocardial infarction with nonobstructive coronary arteries (MINOCA); these two manifestation of ischemic heart disease are less frequently diagnosed and effectively treated, so that females may encounter worse outcomes. Other differences exist and are currently investigated according to treatment response to several drugs used in ischemic heart disease, such as statins and antiplatelet agents, and also according to several gender-related variables.
This website uses cookies to improve your experience. We'll assume you're ok with this, but you can opt-out if you wish. Cookie settingsACCEPT
Privacy & Cookies Policy