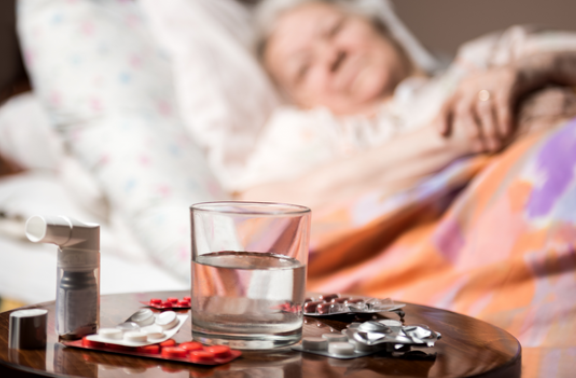 As a result of cardiovascular disease burden, anti-platelet agents exposition has widely spread all around the developed world. Moreover, based on the aging population, the estimated number of patients requiring anti-platelet therapy is expected to further rise in the years to come. However, alongside the overall benefit in preventing cardiovascularevents, platelet disfunction related to these drugsis undoubtedlyassociated with increasing bleeding risk. Therefore, a proper and well-shared protocol aiming to manage life-threatening bleeding or urgent surgery/invasive procedure indication among patients currently under anti-platelet therapy is strictly warranted in the emergency setting.
Although many guidelines have formerly suggested platelet transfusionin the event of bleeding complication in patients exposed to anti-platelet agents, until now there is little evidence in support of this strategy. In addition, the use of platelet transfusion has been further questionedin the light of the PATCH trial results.(1)
This randomized study comparing platelet transfusion to standard care in intracranial hemorrhagereported that platelet transfusion was of no benefit in reducing bleeding and led to a poorer outcome with increased mortality and poorer functional outcome in patient previouslyon anti-platelet therapy. Even though the results of this trial may not be applicable in all emergency settings, they raise crucialquestions about the safety profileof platelet transfusionin patients taking anti-platelet agents.  Desmopressin acetate (dDAVP) is a synthetic analog of antidiuretic hormone (ADH) with little vasopressin activity. Its administration increases plasma level of von Willebrand factor (vWD), factor VII, and tissue-type plasminogen activator (tPA) by enhancing their release from both platelets and endothelial cells. Therefore, along with the treatment of diabetes insipidus, its use has been approved by FDA also in prevention or management of bleedingof patients affected by mild Hemophilia A and von Willebrand’s Disease type I. According to its data sheet, desmopressin can be given either intravenouslyorsubcutaneouslyat a dose rangingfrom 0.1 to 0.4 micro/Kg, but intranasal use is also available. Side effects include facial flushing, hypervolemia, decreased urine output and hyponatremia.(2)
Cerebrovascular and cardiac thrombosis have been rarely reported, therefore, desmopressin should be cautiously administeredin patients reporting a recent ischemic ictus or myocardial infarction.(3)
Since desmopressinhas also proved to safelyimprove platelet dysfunction in uremic patients,(4),(5) a number of guidelines have suggested its use for bleeding managementof patients taking anti-platelet therapy on the behalf of its potential reversal activity.(6),(7),(8),(9),(10)
Among them, the European guidelineson management of major bleeding and coagulopathy following traumarecommendeddesmopressin (0.3 micro/Kg) besides platelets transfusion in trauma patients currently treatedwith platelet-inhibiting drugs (Grade 2C). Moreover, the Neurocritical Care Society and Society of Critical Care Medicine suggested the consideration of a sigle dose of desmopressin (0.4 micro/Kg) in intracranial hemorrhage patients exposed to anti-platelet agents. However, the paucity of randomized studies carried out in the emergency setting underpowered the level of all these recommendations.
In conclusion, taking into account the relevance of bleeding relied to anti-platelet agents, the potential harm of platelet transfusion, the lack of specific antidote along with the relative safety profile of desmopressin, further studies addressingthis issue are warranted.