Out-Of-Hospital Cardiac Arrest: an overview of the 2017 cases in the province of Modena 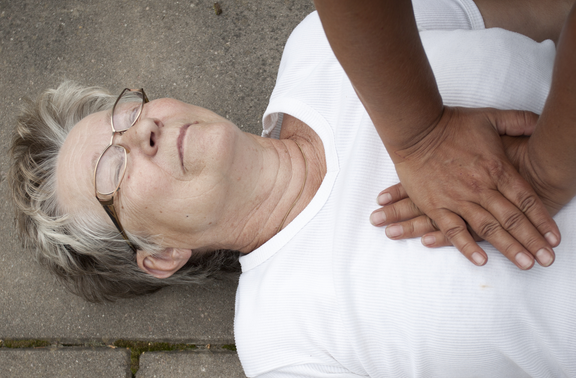 Out-of-hospital cardiac arrest (OHCA) is the most urgent medical emergency. The emergency department (118) of Modena covers an area of 701.896 inhabitants. During 2017 there were 1.221 cardiac arrest (CA), despite the low rate of shockable rhythms the survival from CA scale up till the 11.9%.

Sudden out-of-hospital cardiac arrest (OHCA) is the most urgent medical emergency.1-2 The outcome depends on a strong synergy between the links of the survival chain, where the community, 118 operations centres, the rescuer and the hospital work together. Early cardiopulmonary reanimation and early defibrillation play an important role in patient survival.3 If ROSC (return of spontaneous circulation) is achieved, the treatment moves tostabilization, restoration of normal physiological parameters and transport to hospital, where to continue treatments and convert the causes of CA.4
The province of Modena covers an area of 2688 km2, divided into 47 municipalities, and counts a resident population of 701.896 people.5 The emergency department has different resources to provide specific assistance:
– Basic ambulances (39 vehicles), called BLS whose crews come from the voluntary sector, properly trained.
– Intermediate ambulances (20 vehicles), named ILS, whose crew is made up of two professionals: a driver and a registered nurse, both employees of the Modena AUSL.
– ALS advanced vehicles (4 vehicles), known as ALS medical cars which allow nurses and physicians to reach the target.
These three resources are called to intervene, according to their specificities, on different events. This depends on the severity of the event itself, which is defined by the colour code assigned by 118 Emilia Est central office operating area through calls processing.

The retrospective analysis has been performed by consulting the calls arrived at the 118 Emilia Est central office. We filtered the cases using these filters: “cardiac arrest confirmed”, “CPR attempted”, “CPR not attempted”. All data were inputted in anonymous form into an excel worksheet and then analysed.

During 2017 there were 1.221 CA, 146 were ROSC and 1.075 of them died, corresponding to the 11.9% of survival (data compatible with the survival rates within Europe).6
Of these, 57.4% were men and 42.6% were women. There is a wide age variability among people who suffered from a cardiac arrest: 4.6% of them are under 40 years old, 11.1% are between 41 and 60 years old, 36.1% of the events affect people aged between 61 and 80, while 48.1% involves patients over 81 years.
The CA events are recognized through the alert call made by the user to the emergency operations centre, which analyses the call, processes the call and assigns to it a colour code to determine its criticality.
In 2017, the aetiology of OHCAs registered can be divided as follow: the cardiac cause scale up till 63.0%, the 13.9% were respiratory causes; the other non-cardiac can be summarised as: 4.6% of neurological events and 7.4% of them are associated with traumatic scenarios.
Modena Territorial Emergency System, with its resources located throughout the territory, guarantees an excellent response: in 60.2% of cases the first crew to arrive at the place of the event is made up of professionals (intermediate vehicles or advanced vehicles).
In 27.8% of the cases it is the basic crew to intervene in first instance, as often geographically closer to the place of the event especially in provincial contexts, followed by the intervention of the intermediate or advanced vehicles.
In out-of-hospital environment, the data analysis on patients who suffered from a CA is never easy because several variables come into play, there is a lack of in-depth health information about the patient, who is actually unknown to rescuers. For this reason it is not always easy to distinguish the aetiology of cardiac arrest (Utstein 2004 and Utstein 2014).
In the 38.0% of the cases we found a DNAR, while in the remaining 62.0% of the events the CPR is started by the rescuers: it is on this last category of patients that the analysis of management of rescue is carried out.
In events where CPR is attempted, the first recorded rhythm is Ventricular Fibrillation that scores the 13.4%, 0.6% of Ventricular Tachycardia, 55.2% of Asystole and 30,8% of PEA (Pulseless Electrical Activity).
As these data were not aligned with the bibliography, we decided to further analyse a variable that may affect the result of a shockable or not shockable rhythm: the first-aid vehicle promptness in reaching the place of the event.
We hypothesized that the low percentage of shockable rhythms at the arrival of the first crew could come from “arrival on site” timing not aligned with the standards.7 Instead, the answers we obtained comply with the recommendations: 55.9% from 0′ to 6′, 22.5% from 7′ to 8′ and 21.6% over 8′, with an average time of arrival at the place of the event of 6’58”.
In order to find an explanation to the low percentage of shockable rhythms, we investigated the scenario that rescuers face once they reach the target place, unfortunately, only in 19.5% of cases the bystanders start cardiopulmonary reanimation before rescuers arrive, while on the contrary in 80.5% of cases the CPR is started by rescuers. This probably influences the result of shockable rhythm since VT and VF are electric rhythms that disappear as the minutes pass. If the bystander begins the cardiac massage waiting for the rescuers, this can counteract the disappearance of shockable rhythms.8
Italian Resuscitation Council – IRC and the European Resuscitation Council – ERC, recommendations and guidelines have given more and more importance to the practice of early cardiac massage over the years.
Recently the use of drugs during CPR reanimation has come up with new evidence.7 The use of drugs during a CA showed that in 20.9% of cases 0 mg of Adrenaline are given, in 59.7% from 1 mg to 6 mg while only in 19.4% over 6 mg of Adrenaline. Atropine, on the other hand, is used only in 10.4% of reanimation.

Despite the low rate of shockable rhythms (14.0%), the low use of medicines (average of 3.2 mg of Adrenaline), arrival timing to the place in line with the standards (average 6′ 58″) and a high professionalization of the rescuers (99.1% of the cases a professionals) the survival from CA scale up till the 11.9%, this value takes into account the DNAR.

The authors declare that they have no economic or personal relationships may inappropriately influence the submitted scientific contribution.