The fluids debate: what about a different approach? 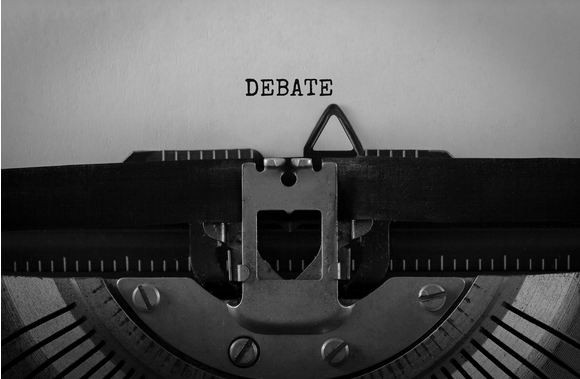 The very updated editorial by Iaccarino and Bertazzoni, recently published on ITJEM, underlines once more how the long lasting fluids debate is still far from being totally resolved (1,2). So we thought if a different approach, based on a few concepts of applied physiopathology, could be of interest to the internist/intensivist, who must face the fluids manipulation in critically ill subjects. Indeed, we’d like first to recall some essentials in hemodynamics, and then refer to some clinical scenarios likely to be observed almost everyday.

Back to the basics

Based on the Starling statements, Guyton  demonstrated that ‘ the heart can only eject the blood it receives from the venous reservoir’ (3), what points out that the flow to the vital organs mainly depends on a) heart function b) venous return c) vascular resistences. Moreover it is well known that the blood that normally flows into the vessels is only 30% of the total ( s.c.’stressed volume’), while the other 70% is confined into the venous system, from where it is partially recruitable
( ‘unstressed volume’). It is linked to the single patient hemodynamic pattern ( cardiovascular compliance, elastance, intrinsic contractility, drugs….) the interplay between heart function and venous return that defines the best central venous pressure ( s.c. ‘working CVP’) for that person(4). The CVP is the main opponent pressure  to the venous return, while the main driving force  is the Main Systemic Pressure (MSP): in other words a low/normal CVP could help the venous return and cardiac output, provided a normal MSP, while a high CVP can be overcome only by  a higher MSP, what means a huge afterload increase for the left ventricle.  Indeed,whatever the fluids manipulation ( injecting/removing fluids  at different speed), we should first try to understand the basic hemodynamic profile of the patientand perform a clinical/instrumental bedside monitoring of what’s going on, better doing first a Fluid Challenge Test(FCT)(5,6).  If we suppose that giving fluids could raise the organ perfusion, we should monitor the relative changes in CVP ( =Inferior Cava Vein Collapsibility), as compared with clinical/ECHO/BGA  variations; so after a FCT we could observe:
Moreover, as the main point is to optimize the O2-delivery (DO2= cardiac output x O2 art content) to the tissues, we should monitor the arterial blood and tissue HbSAT, which could be badly influenced if the lungs should become wet, due to overfilling, or the O2-consumption (VO2) should be disproportionally raised by therapy.
On the other hand, in congestive heart failure thefluids removal( drugs, ultrafiltration) can reduce the ‘lung wetness’, lowering the wedge pressure and the CVP, but the final hemodynamic result could be worse in pre-load dependent patients (7). In both cases lactate serial measurements will be helpful (8).

Is my fluids choice better than yours ?

As well summarized in the  editorial, there are huge differences among colloids, chrystalloids and the ‘normal’ saline. Besides the chemical/physical properties, one of the main points is the permanence-time into the vessels after one hour( about 16% of the injected volume for whatever chrystalloid solution vs 30-50% for  colloids up to 90% for albumin). As a ‘good-for-all formula’ is still lacking,  it seems reasonable to try a ‘tailored’ infusion for the  unstable patients, considering : a)  hemodynamic profile, b)  response to FCT c)  renal function d)  coagulation profile, and whenever possible give  what is mostly lacking in the specific context ( e.g. balanced saline in gastroenteric losses….)(9).
One practical suggestion to buy time  in critically underperfused patients could be to give, after a superfast FCT (10, 11), a mixed solution of 3% Hypertonic Saline plus your preferred colloid, to recruit some of the ‘unstressed volume’.

Since the pivotal works of Arieff, Adrogué and Madias, it is well known that the main target organ in dysosmolar syndromes is the brain. After many years of debate, the current opinion seems to be as less ‘aggressive’ in therapy as you can, trying to treat  with the same speed supposedly responsible for the disorder ( i.e. slow in chronically adapted , faster in acute sintomatic pts). As a general rule, it is always advisable to take in account the plasma and urine osmolality, age, sex and weight of the patient to calculate the water excess/deficit , aiming to the best brain perfusion to rule out the risk of poor management of therapy ( so called ‘sick cell’ phenomenon)(12).
We  conclude this oversynthesized  commentary, recalling that in playing with fluids there is ‘no size that fits for all’.