A new emergency: the internet addiction 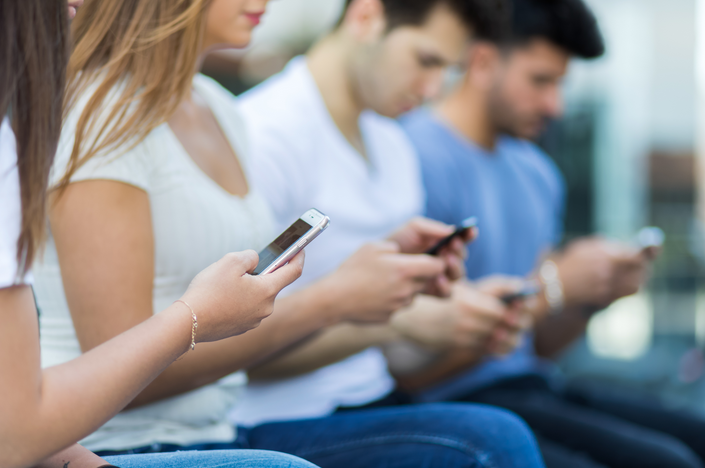 1. Typology and dimension of the problem

The last decade has been characterised by a strong internet’s expansion: the social communication is thus sustained by instruments which allow people to overcome barriers and bonds linked to time and space. In a mix of mistrust and attraction, the community of the daily “net-surfers” has grown and involve people of every age and race. Thanks to the net, children can find new entertaining opportunities while teenagers and adults can find information, trade and experience themselves through the “virtual communication”. Thus, internet has become the tangible expression of the evolution of the human thinking, increasing the level of freedom in the worldwide communication among people.
Nevertheless, as a kind of mass media, the net is not, however, free from bad uses and abuses which, during the last years, have led to a kind of addiction, known as the Internet Addiction Disorder (IAD) (1), which is included in all other mental disorders. The psychopathology defines this phenomenon as “craving”, which means an uncontrollable push to take an action or to get a drug. Especially for teenagers internet represents a new way to communicate which may have pathological consequences that do not depend mainly on the hours spent on it, but rather on the intensity and quality of the social avoidance in where the mind dissociates functionally from the body.
Technically, internet does not work anymore as an information container (for instance to check emails or getting information) but it becomes a vehicle of emotions which are not easily controlled. It gets a transformative path which lead to a pathology, when the person reaches a social avoidance, a detachment from reality, with reduction of multiple activities until he/she totally ends up (for instance, school dropout). Internet has changed the way people experience time and space, invalidating the capability of waiting and listening.
The internet addiction for adults shows characteristics which are different from those ones related to teenagers and children, creating a real behavioural pathology characterised by compulsive push which may go beyond the discernment clearly (for instance gambles, relational and sexual addictions).
According to Young (2), there are 5 kinds of Internet Addictions which are typical of adults: cyber sexual addiction; cyber-relational addiction; net-compulsions (gamble); cognitive overwhelming (compulsive search for online information); videogames. The youngsters, on the contrary, do not show any pathological addiction but internet represents a way to think and communicate which may have side effects, even pathological, if there’s a “gap” into the childhood affective roots (3).
We may therefore conclude that children are the “Digital Natives” and adults the “Digital Immigrants”.
The internet addiction may lead to social isolation for the youngers ( i.e. school dropout, sports suspension, friend abandonment and absence of emotions). The prototype of this behaviour is a boy, aged between 18 and 27, generally first born of a wealthy family, who alienates himself from the world (family too) for six months at least (Hikikomori syndrome – “the one who sets himself aside”, voluntary segregated, who snaps out of his own room just for meals and who has limited relationships with his family too (4,5). Generally, this psychopathology is associated with phobias (agoraphobia, obsessions, violence against the member of the family, in particular against mothers).
Generally the online game and social network addictions involve the youngsters while cybersex and gamble are more popular among adults. To better understand the possibility of expansion of this pathological phenomenon, it is reported that the number of net-surfers has increased until 376% in the last ten years and that, until 2011, there were more than five hundred millions of users (6) . Several tests can diagnose which are the people affected by IAD, who spend hours and hours of their time out of the real world, to the detriment of their own social and working role, their health and waking-sleep rhythms.
A clinical evidence underlines that, in many patients’ story, several problems are often interconnected, going together with other kinds of addictions or further psychotic disorders.

2. The role of the nurse

The person affected by IAD must be supervised on a multiprofessional level, because the problem involves many aspects of someone’s health, from the psychological and social ones up to the physical aspects. The intervention of different experts, everyone with special competences, is essential and the main goal have to be the best as possible management of the emotional luggage hidden in the internet addiction (7). The nurse, thus, represents the professional who works as a sort of conjunction ring among the members of the team that is taking care of the patient. The nurse must deeply know the typical aspects related to the internet addiction and understand the special meaning of specific attitudes or sentences told by the patient. The health worker becomes a sort of translator of the implicit language of this addiction disorder. The internet addiction is in fact a phenomenon which has its roots in the inability/impossibility to express certain inconveniences, (above all, related to the own family), which the patient (generally a teenager) lives in total passivity and indifference.

This unawareness is actually tangible in the inexplicable tendency, but even necessary, to isolation (8). For this reason, an aggressive behaviour should be seen under a professional point of view and it should be perceived as a positive symptom connected to a first attempt to have a relationship with the others (9). It is essential to work in team in order to adjust the rehabilitation progress which may help the young patients to create relational and self-control competences, overshadowing the symptom (represented by the hours of connection) to focus on the real causes of the phenomenon. The main and essential role of the nurse is to check the evolution of the rehabilitation using several observation tools such as checklists, questionnaires and medical records. The therapeutic success depends on the steady continuity of the rehabilitation process, which must be provided on a long term period and above all during the possible and predictable relapses, which must be taken into consideration by a well prepared professional team.
IAD is a real addiction, and thus withdrawal symptoms may occur. Such episodes are physiological and they must be observed, elaborated and used to help the patient in the future (10). The autistic-like shelter in the virtual world, responsible for a strong and serious alienation from reality, may be gradually interrupted promoting the establishment of new significant relationships among the members of the rehabilitation group. Sharing new emotional contents may promote the creation of emotional competences.
When emotions and physical sensations are expressed with words, memories are then taken under the control of the neocortex, where the reactions of the patient may be more comprehensible and thus better manageable, experimenting a new safety situation (11). The support of psychologists and doctors is essential to improve the rehabilitation program of these teenagers, as the latters  are co-responsible figures of their own and someone else improvement,  evaluating how they will be good at collaborating with the medical team and with the other patients too. A fundamental step of the rehabilitation program is taking back these boys and girls to social life and common daily routines, such as going back to school and, regardless of the referential conceptual scheme, these actions have the goal to stimulate teenagers to return to their “new” life.
The empowerment of the patient is the most delicate and important action taken by the nurse, who must push them to use the new resources. The duration of the therapeutic relationship indicates its quality . Parents have to take in charge of their own children and that represents another important element in the internet addiction treatment. The family scenario that lays under someone’s internet addiction is generally weak or characterised by a strong inability of communication between two members of the family or among them all (12).
Another powerful therapeutic element is the group therapy for parents. As these problems originate from dynamics strongly related to the family scenario, it is important to considerate every patient and his/her family as a unique nucleus. This kind of rehabilitation therapy allows each teenager to fully experiment the typical aspects which occur in the group dynamics, reversing the typical dual situation which exists in front of a screen of a pc (13). Therefore, the nurse can be a valid professional figure to help patients and their parents to cooperate in the rehabilitation program, helping them in communicating among them in order to create the basis of the creation of the first emotional family connection. This aspect is essential to strengthen the often absent sense of being part of a community, and the sense of identification, determining a steady separation from the net which, during the addiction, overcomes reality and where, thanks to a virtual alter egos, they feel as part of “something” (being part of category or a group for instance).
In these cases medical prescriptions are not anyway recommended. Only in a few cases (i.e. a strong isolation, forerunner of a psychotic evolution), a low dosage prescription of tranquillizer and neuroleptic drugs might be useful to reduce anxiety and crisis, strictly  under medical control (14).
This kind of addiction has led to a profound loneliness with the creation of invisible prisons.
The goal of the nurse’s job is to give back to patients their own self-control, to lead the correct management of their time given to internet, understanding its real role which is just a virtual window on the world made to inform, interact, abolish distances and not instead to create walls among people.