Fluids and which fluids? This is the question! 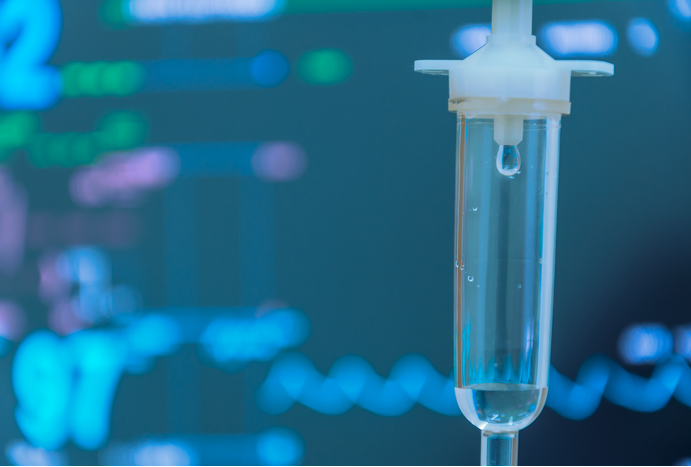 The use of IV fluids in the critically, but even not critically ill patients, is now a “routine” therapy. Although the choice of which fluid should be administered in a different clinical situation is now well defined, as well as the dosage and what would be the possible damage of an uncontrolled use, actually because of the limited avaiable data the “Hamlet doubt” on which is the first fluid choise for a certain kind of patients, is still controversial.
Among the most used fluids we certainly have the Non-Balanced Cristalloids, such as the Normal Saline, the number one for its simplicity, easy use and relative safety.
However, many studies showed that the administration of high “unjustified” volumes, could promote the development of hyperchloremic metabolic acidosis and renal chlor-mediated vasoconstriction resulting in renal failure, especially in critically ill patients, from which the say that “the Normal Saline is actually the least normal of all”.
Balanced Crystalloid Solutions (i.e. Lactate Ringer or Acetate) are associated, on the contrary, with lower rates of renal damage and mortality. They are slightly more hypotonic and more stable on pH and hydroelectric equilibrium (see Table 1). Could therefore be the favoured.

However, the debate still remains open in many cases, such as in patients with septic shock or with head injury in whom Non-Balanced Crystalloids would instead be the choise.

Too many doubts still remain on the correct management of fluid therapy and its effectiveness in patients with drug-abuse intoxication.

At the same time, however, it is very clear to avoid a hemodynamic overload, which could lead to peripheral edema, reduction of DO2 and cell hypoxia, leading to worsening of outcome. This is an important challenge for the crystalloids, because of their high volume of redistribution, they have low capacity to remain in the intravascular space for a long time, forcing the physicians to prolong administration to maintain a good pressure of perfusion, which instead with the colloids are avoided, but at the expense of an increased risk of coagulopathy and renal failure.
In short, it would seem clear that there are certainly specific liquids for specific disorders, but not all liquids for all patients. We need to find the right compromise between pathology, patient and comorbidity thanks to a careful and accurate personalized clinical pathway.
This would seem to be the most important “guideline” for all emergency physicians, but also the most difficult to put into practice, especially in a setting such as the Emergency Departement.
What about the fluid therapy in children? As is known, small patients have a poor ability to control water loss due to a larger body surface that involves imperceptible losses and a higher respiration rate, as well as the inability to know how to control urine loss, and the hypermetabolic state (especially in the smallest), leading to important complications that, in general, should be avoided. Moreover, while for the majority of patients the types of solution to be chosen are well known, the line to follow in the newborns is actually not well known, due to their renal immaturity.
It is known to all, that children have great ability to compensate acute states; however, unlike adults or elderly patients, they destabilize without warning, with critical and even dramatic scenarios.
Based on this, comes the need to prevent side effects, such as the high risk of disnatriemaea, or even worse, pulmonary oedema due to fluid overload which is not compensated with an increased cardiac stroke volume (as is the case in adults) but just with an increased heart rate (see Fig. 1). They achieved this goal by the way of administering drugs and fluids depending on weight in a “super scrupulous way”.
It’s pretty obvious the close attention and precision pediatricians take in it, which in the adult patients may often be lower, because we all know that adults are “more resistant” to fluid overload stress, giving space to a management more “by intuition”, especially when the number of ED accesses overcrowd. 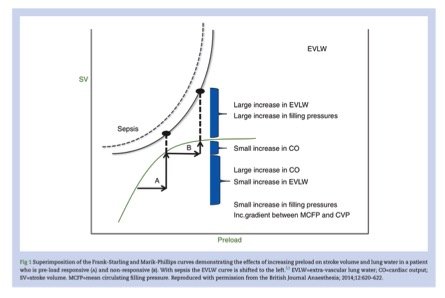 On a final note, we must therefore mention the “insidious” issue of electrolytes.
The management is certainly complicated and not doubtless. In these cases a clear figuring of the patient is always more decisive, in order to avoid mistakes in the correction. Especially when the patient needs fluids, the risk of disrupting the delicate electrolyte balance may be more or less accentuated sometimes, but above all, it depends very much on the solutions we decide to use for correction.
As is well known, electrolytes often need not only a combined management, because one could influence the other, making the therapy more difficult, but figuring the “trigger” out can often be the key of a true resolution. In fact, sometimes this may just be a superficial and incorrect fluid therapy… but this is another “question”.