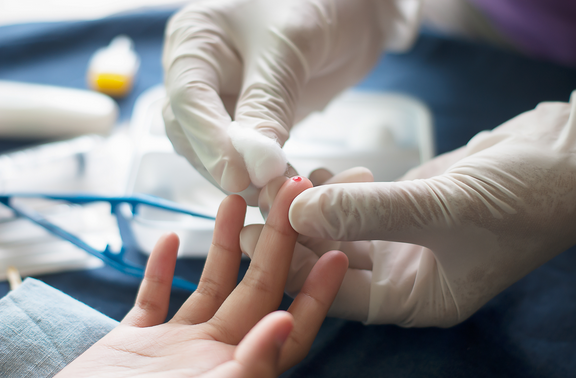 Female, 31 years old, arrived in our Emergency Room (ER) (transported by public ambulance) for sudden onset of fatigue, stupor, difficulty speaking, ideomotor slowing. Sympthomathology began in the morning.
The patient underwent bariatric surgery in order to loose weight one year before presenting in ER. Her past history was negative.
She suffered of vomiting and fever four days before the admission in our ER. In that occasion she went in another Emergency Department where she was visited, physical examination did not show abnormal signs, and an abdominal CT scan was performed, which showed only the presence of kidney stones.
The patient was subjected to intravenous infusion of potassium chloride, and symptoms ameliorated, so she was discharged.
At admission in our ER, four days after the first visit, physical examination was again, negative; laboratory blood exams showed ipokaliemia. Arterial blood gas analysis showed a decompensated metabolic acidosis with normal lactates (pH 7.19, pCO2 29 mmHg, pO2 40 mmHg, HCO3- 11,1 mmol/L, lactates 0.9 mmol/L).
ECG and cerebral CT scan were performed and were within the limits of normality.
After intravenous bolus administration of 50 mEq Sodium Bicarbonate (NaHCO3) and intravenous slow infusion of other 50 mEq NaHCO3 in 400 cc of 0.9% Normal Saline (Sodium Chloride solution) and intravenous slow infusion of Potassium Chloride of 60 mEq in 250 cc of Normal Saline 0.9%, another arterial blood gas analysis was performed, and showed a slight increase of pH, but a reduction of bicarbonates (pH 7.29, pCO2 21 mmHg, pO2164 mmHg, HCO3- 10.1 mmol/L, lactates 0.9 mmol/L).
The persistence of metabolic acidosis together with neurological signs and symptoms allowed us to make diagnosis of metabolic acidosis due to D-lactates in bariatric surgery.

D- and L-lactate are produced both by pyruvate through the lactate dehydrogenase enzyme (respectively, D-lactate dehydrogenase, and L-lactate dehydrogenase), but the prevalent form is the L-lactate. While metabolism and renal clearance of D-lactate are slower, in humans D-lactate dehydrogenase is almost absent, and D-lactate can be converted in pyruvate by D-hydroxy-acid dehydrogenase (D-2 HDH) that metabolizes D-lactate more slowly than the metabolization of L-lactate (3).
Normally, carbohydrates are digested in small bowel, but in short bowel syndrome’s patients carbohydrates arrive in large intestine not digested, and are metabolized in lactic acid from floral intestinal bacteria, particularly by lactobacilli (Lactic Acid Bacteria)(LAB). D-lactic acid is the unique or prevalent final product of glucose metabolism(4).
Therefore, in patients with short bowel syndrome, lactic acid is increased and this causes a reduction of luminal pH which in turn promotes LAB proliferation. Consequently, there is an excess of D-lactic acid that cannot be eliminated, thus leading to metabolic acidosis (3,4).
Metabolic acidosis due to D-lactic acid is characterized by neurological symptoms. Moreover the neurological manifestations appear with lower values of D-lactate, in comparison to those manifestations due to other causes of acidosis: L-lactic acidosis is present when L-lactate is over 5 mmol/L, instead, D-lactic acidosis is present when D-lactate is over 3 mmol/L; neurological manifestations can be present even with D-lactate values of 3.5 mmol/L, however, lactate values are not directly correlated to neurological symptoms (2-4).
Mechanisms of action of D-lactate in nervous system are not very clear yet. D-lactate could cross the blood-brain barrier, and could exert a direct neurotoxic effect. However, some patients show neurological symptoms at higher lactate values than other patients, so probably, other several not identified mechanisms could be involved (2,5).
Probably, in the brain there is a minimal concentration of D-hydroxy-acid dehydrogenase, so it occurs an excessive accumulation of D-lactate which cannot be metabolized.
D-lactic acid reduces pH, the acidosis alters the production of acetyl-CoA and ATP (adenosine triphosphate), consequently the production of neurotransmitters is altered.
In particular, in cerebellum there is a lower concentration of pyruvate dehydrogenase and this could be the probable reason why cerebellar symptoms as ataxia, nystagmus, asymmetry, difficulty walking are often prevalent (2).
The presence of neurological symptoms together with short bowel syndrome are fundamental and mandatory for a correct diagnosis. Generally, laboratory blood tests are negative for D-lactate, only L-lactate can be measured, and it is within normal ranges.
D-lactate could be measured with the same procedure for testing L-lactate, by substituting L-lactate dehydrogenase with D-lactate dehydrogenase (3,5).
The pathological conditions which could cause D-lactic acidosis are several: i.e. abuse of antibiotics which alter intestinal flora, thiamine deficit which reduces clearance of D-lactate, reduced intestinal motility, severe diabetic ketoacidosis (5).
Patients with short bowel syndrome are at high risk for D-lactic acidosis because of alterations in carbohydrates metabolism, intestinal flora and nutrition. In these patients the main cause is an increased ingestion of carbohydrates which lead to an excessive intestinal glucose load due to its reduced metabolism.

At the time there is no specific treatment for D-lactic acidosis, but its prompt and rapid diagnosis is of paramount importance to begin a correct therapy, mainly in patients with co-morbidities which can favor progression of acidosis, and worsening of general conditions with respiratory insufficiency, kidney failure, diabetes.
The therapeutic approach is the administration of intravenous bicarbonates, hydration, parenteral nutrition.
In some cases, it could be useful to administrate insulin to reduce fatty acid, and to promote the clearance of D-lactate; in unstable patients hemodialysis is indicated.
In few cases it is possible to use antibiotics in order to reduce the LAB, but their efficacy is not clear yet. Some antibiotics in fact could cause lactic acidosis. In some cases metronidazole has showed efficacy, but following its administration some lactobacilli developed resistance.
In order to prevent the symptoms it is fundamental to establish a correct diet by limiting ingestion of simple carbohydrates; small and frequent meals are advisable to avoid an excessive charge of glucose for intestinal flora, also fermented meals should be avoided (5,6).