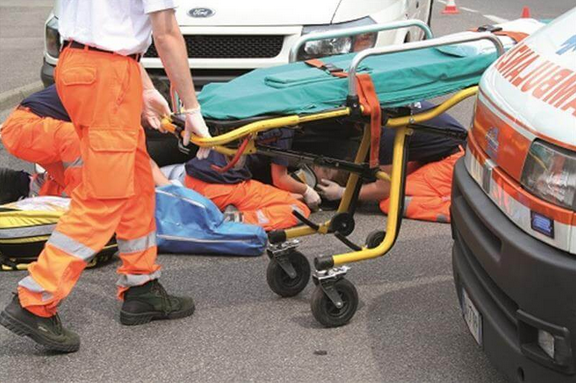 In the article “Six Cases of CPR-Induced Consciousness in Witnessed Cardiac Arrest” by T. Grandi and Coll, published in Issue 1 of 2017, the authors describe 6 cases of Cardiac Arrests that exhibit phenomena associated with a recovery of cerebral perfusion during RCP. The casistic is small and quite heterogeneous for ages, causes of cardiac arrest and comorbidity. The phenomena identified as ‘consciousness’ also appear quite heterogeneous.
In none of the abovementioned cases, an initial sedation protocol has been implemented and the occurrence of the episode described as observation of signs of consciousness has been treated with sedation and / or different physical restraint strategies.
In 3 cases, it appears to have been voluntary movements aimed at retreating the staff performing external cardiac massage, while in the other 3 patients there are only modest signs of some form of ‘consciousness’.
In my opinion, the key point is to understand and standardize what we call a resumption of consciousness.
Certainly, a vivid perception, perhaps accompanied by an important nociceptive stimulus that generates a memory of resuscitation procedures, is something to avoid in order to guarantee maximum comfort to patients undergoing CPR.
It’s common sense and reasonable, according to present clinical evidence, to apply sedation protocols at the moment of the recovery of a cerebral perfusion that is presumably valid at the time of ROSC. On the other hand, there is no strong evidence yet in the clinical literature concerning the starting of the sedation protocol at the beginning of resuscitation procedures.
Thanks to the evolution of resuscitation protocols and new commercially available devices capable of ensuring high quality CPR without interruption, the phenomenon of partial recovery of consciousness during CPR is surely emerging as a new clinical problem.
From the literature on this subject, it is evident how the ratio of patient in cardiac arrest that develops partial recovery phenomena of the cortical functions or even awareness is growing.
One of the challenges for the emergency physicians is to better understand and standardize what ‘resumption of consciousness’ means. For instance, can the more or less willful movements or the opening of the eyes be considered as “conscience?”
Certainly highly performing CPRs, combined with advanced support of vital functions, can guarantee a sufficient brain flow that lead to a partial recovering of higher cortical functions and, consequently/therefore, an individual perception of the surrounding.
Perhaps, before starting as a standard practice the sedation protocols during resuscitation procedures, we should better investigate physiopathology and standardize the so-called “resumption of consciousness”.
One of the most promising drugs in this field, thanks to its peculiar pharmacological properties of anesthetic dissociative effects, is the ketamine. This drug, in fact, does not negatively influence inotropism and vessels tone.
However, drugs such as ketamine that have (not yet fully understood) effects on both CMRO2 and CBF could alter the physiological mechanisms of organ protection that following a reduction in perfusion as occurs during a cardiopulmonary arrest. However, if we exclude the ketamine, perhaps in our “arsenal” remains only the benzodiazepines, which can at least guarantee amnesia without affecting too much a compromised hemodynamic.
In the literature, more non-invasive monitoring experiences start appearing (i.e. the monitoring of brain ossimetry) without, however, providing any definitive results.
Surely today it is not possible to answer many of the physiopathological and pharmacological questions given a such heterogeneous and clinically complex population of patients undergone in cardiac arrest.

I believe that the observational data provided by the authors cannot give any answers to this question but it is a fundamental starting point for the creation of multicenter RCTs and for the establishment of a national cardiac arrest register that also reports the variable “state of consciousness during CPR”.