The First Aid on the Scene of the Crime: the possible coexistence of clinical and investigative necessity 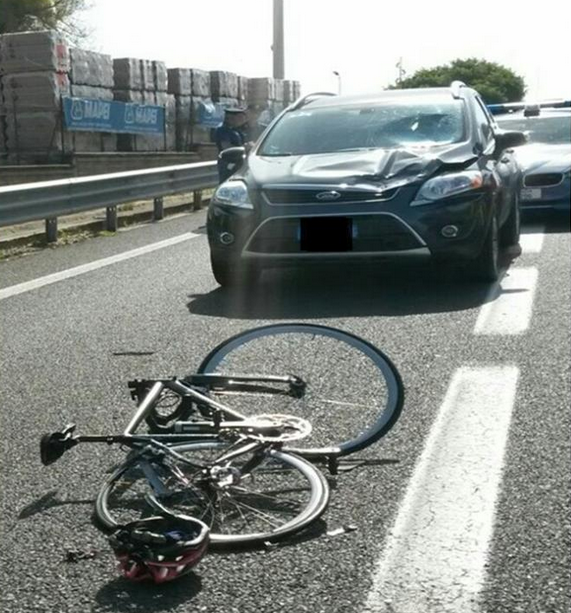 The following document tells about the management of a crime scene with the definition of rules of behavior in order to support the activities of all the actors that interact with the same in line with the views expressed by the European Union and the Council of Europe.
The first operation is the initial link in the chain of successive activities that constitute the survey as a whole and by the quality of each phase it depends the quality of the next. The principle of exchange of Locard states that “every contact leaves a trace.”

Scaena criminis is defined as the set of places and paths where a crime has happened and where they found traces linked to it. It contains, hides, brings and offers traces and information that have to be perceived, acknowledged, read, decrypted, interpreted, processed and organized and “it says,” not only the event but also dynamic of actor or actors who have taken part. The scene of a crime is a form of nonverbal communication between the actor of the crime and the detective and his laws where the elements converge, mingle, overlap, divide, unfold and blend. It can be divided into primary and secondary (1), depending on whether or not the theater of the event main constituent the criminal case or that it is linked in chronological sequence with the primary; for example is the main scene the investment stage and the subsequent escape, the secondary scene where the vehicle was then eventually found. In 1910 the law guidance was formulated for the investigation by the french scientist Edmond Locart. The principle of exchange of Locart states that “every contact leaves a trace.” When two or more entities interact there is an exchange between these elements, elements also not visible to the naked eye. Whether it’s about a scene in the open place or a closed location to interact at the crime scene is a rather delicate moment, to that effect it was also expressed the European Union that has made an official Manual of the scene management crime: the European crime Scene Management Good Practice Manual, presented in Brussels in 1998 with the aim to list the operations to be performed in order for preventing the alteration and pollution of that one rationalizing the procedures for intervention. The Council of Europe has made specific recommendations to member countries on the use of DNA methods in criminal investigations, stressing to promote the standardization of data collection and analysis protocols (2). The need to harmonize international procedures is critical to define controllable and reliable applications, designed to ensure the authenticity of the final result.
In this direction, it moves at a european level the action of the European Network of Forensic Science Institute (ENFSI) which represents the most authoritative point of reference in the sector, within which operates a special working group called Group on Scene of Crime, it has to study the identification of guidelines for the proper application of the investigation.

Fundamental premise is that, even though the mission of the investigators is different from that of health personnel, these ones must never hinder the health activities designed to save a human life, the primary objective to be pursued, but on the contrary will be helpful to the staff of 118 ensuring their safety and freedom of movement. At the same time the medical and technical staff of 118 will not alter, as far as possible, the crime scene through the respect of guidelines shared with all actors involved in the management of the scene (3) and will allow for the smooth running of investigations (normed by the code criminal procedure in articles. 348, 354, 359 and 360 and 244 (4). The pollution of the scene without demonstrable clinical utility is punishable in the crimes covered by articles 331 c.p. “Interruption of a public service or public necessity”, 334 c.p. “Theft or damage to property subject to seizure ordered in the course of criminal proceedings or by administrative authority”, art. 374 c.p. “Procedural fraud” (5). In line with European directives and in order to standardize the approach to be taken on a hypothetical crime scene the Regional Health Emergency Company ARES 118 of the Lazio Region has participated in the drafting of an operating coordination procedure (6) for the management of medical emergencies in presence of elements of an offense in order to optimize even rescue operations regarding the institutional environments of the various bodies and has initiated informative internal routes and inter – force training.
The procedure drafting was carried out using the preparation  method in which the direct comparison using roll play mixed with brain storming enabled original ideas to be tested thus solving an initial  problem.
From this initial process, each involved party highlighted and discussed their main issues and provided solutions formulated from the inter – force collaboration.
ARES 118 has directed a multi-disciplinary team which composes of the Director of Central Operations SUES from the City of Rome, anaesthesist and reanimating doctor, nurses and other technical operators. Topics discussed within the recent meetings include homicide and road traffic personal injury law 03/23/2016, as published in the Official Gazette Number 41 dated the 24/03/2016.
The management of the victim within a probable scene of a crime in the case in which the same is still alive, it is often found in serious condition, presenting the outcomes of severe trauma, gunshot wounds or stab, strangulation and symptoms of poisoning. In this case the medical personnel in an effort to save a life is forced to quickly perform complex maneuvers that force to touch and move the victim and often the near objects. Imagine the situation where a patient needs to be moved, shot in the supine position, it is necessary to find out the chest, do one orotracheal intubation, ventilate, defibrillation, immobilize with collar or spine board: in these cases is very difficult to reconcile the institutional mission to save a life with the need not to alter the crime scene. In the event that the victim has already died the problem changes, because the rescuer doctor merely state the death by minimizing the handling of the corpse. In this case, these activities must be carried out calmly and with greater attention to protect what will be the work of the investigators. In the presence of certain death thanatological signs also the electrocardiographic recording may not be necessary. Health personnel 118 which is faced with a situation which could suggest a crime should acquire the following automatic behaviors that, while allowing the operation of the rescue operations without slowing them down or make them less effective, limit the pollution of the scene:
This is because medical personnel are often the first to arrive on the scene and because the chances of being heard by a magistrate are high, then you must try to make a useful contribution to investigation of the crime scene which has been actors.

The acquisition and the sharing of specific behaviors allows rescuers to achieve the objectives while also allowing investigators on the crime scene to do their work creating a synergy among various professional roles.