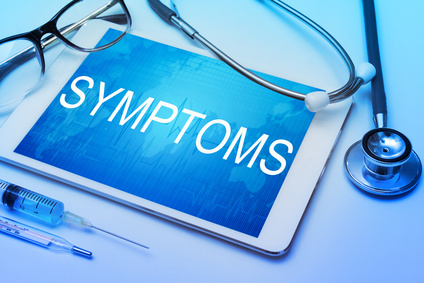 For many years, the usefulness of a new diagnostic tool was evaluated considering its accuracy (sensitivity, specificity, prognostic values) and comparing it with a gold standard. This approach has some limitations. In some cases, there is not a real gold standard (e.g. there is no such test for the diagnosis of acute heart failure among dyspneic patients). Furthermore, sometimes accuracy does not reflect the real utility of a diagnostic test. For undifferentiated acute shortness of breathe, a chest CT scan or a catheterization laboratory examination have high sensitivity and specificity but are likely to be of low clinical usefulness in the “real world”: how many hospitals can perform these tests during night shifts? Or what is the real use of a nearly 100% accurate test, provided we can find one, if it entails prohibitive costs?.

Recently, Michael Pencina and colleagues (1) suggested a new index to quantify usefulness in daily clinical practice based on reclassification tables. They called it net reclassification index (NRI). It has received a lot of attention (see Figure), it has quickly become very popular among cardiologists and oncologists and, at the same time, it has already received some interesting methodological criticisms. (2) 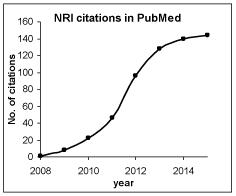 NRI is defined as the test’s ability to change correctly a diagnosis based on an existing prediction model (e.g. clinical workout) among events and non-events.

The idea of Pencina and colleagues was to avoid, or at least reduce, the difficulty in understanding the results of other performance tests, such as interpreting the area under the receiver-operating characteristic curve – AUC). The AUC represents the probability that the risk predicted by the test is higher for a case than for a non case.

The magnitude of improvement obtained using a new test, defined as difference between AUCs for the new and the old test, is often small, and its usefulness in a clinical setting difficult to judge. In other words, is a test with AUC = 0.785 more useful than a test with AUC = 0.78? We know for sure that, provided that we have measured accuracy with enough precision, the first test has higher accuracy than the second, but what about its ability to change medical decisions or therapeutic options?

NRI tries to answer this questions by quantifying the proportion of correctly reclassified cases among events and non-events.

Let us consider a new biomarker for the diagnosis of pulmonary embolism (PE) among subjects with shortness of breathe. The gold standard is provided by a chest angioCT scan, whereas the usual test is dosage of d-dimer.

After assessing AUCs for both predictive models, you can build 2 reclassification tables, one for the events (the real PEs, defined by a positive chest angioCT scan – Table 1), and another for non-events (dyspneas related to causes different from PE – Table 2).

NRI for the non-events, NRInon-events, has a similar definition: (g-f)/(e+f+g+h).

– report reclassification tables for both events and non-events;

– report both NRIs, for events and for non-events;

– if you want to show the overall values, do not interpret it as a proportion or a percentage.

– To evaluate influence of a new diagnostic tool on the clinical practice after and in addition to assessing its diagnostic accuracy (e.g. sensitivity, specificity, likelihood ratios, c-statistic, AUC…);

– with categorical or continuous outcomes;

– in association with reclassification tables.